Recently, I was speaking in Florida, applauding the efforts of conservative citizens to flip their school boards in favor of new members who will uphold and advance the truthful teaching about America’s history and heritage. Liberal watchdog group the Right Wing Watch grabbed a clip from my speech and spread it abroad as if I were a danger to society.

My inflammatory statement? “Our nation was founded on the Torah.” The fact that I have received such scathing treatment for such an obvious truth has caused me to pause once again about the future of our great country.

Were the founders of the United States influenced by the Bible? Did the Old Testament, and specifically the first five books of the law, known as the Torah, impact their thinking? It only takes a quick search on the Internet to discover that answer, which is a loud and clear, “Yes!”

In his first draft of the Declaration of Independence, Thomas Jefferson began not with the word “self-evident” when describing the nature of our inalienable rights, but with the two-word combination of “sacred and undeniable.” This same document goes on to describe these rights as belonging to all men “created equal and independent.”

Imagine that. Mr. Jefferson, known as a leader and trailblazer of liberty, is also regarded as a deist by historians. He famously struck through every mention of the miraculous and supernatural in his own version of the New Testament, which he called, “The Life and Morals of Jesus of Nazareth.” But even this notorious cut-and-paster acknowledged the truth that man is created and his rights to freedom and choice are “sacred.”

“Can the liberties of a nation be thought secure when we have removed their only firm basis, a conviction in the minds of the people that these liberties are the gift of God?” Jefferson wrote in his Notes on the State of Virginia. Very true, Mr. Jefferson, counter what many on the left are saying these days. This quote can be found on the northwest wall of the Jefferson Memorial in Washington, D.C.

On June 28, 1787, Benjamin Franklin, then the governor of Pennsylvania, spoke to the Constitutional Convention and challenged them with these stirring words:

“In the days of our contest with Great Britain when we were sensible of danger, we had daily prayer in this room for divine protection,” he reminded them. “I have lived, sir, a long time, and the longer I live, the more convincing proofs I see of this truth, that God governs in the affairs of men. And if a sparrow cannot fall to the ground without his notice, it is probable that a new Nation cannot rise without his aid.”

A new nation cannot rise except by the power of God. A powerful and stirring idea. And where might Franklin and the other founders have been inspired by such an amazing notion? The answer is found in Franklin and John Adam’s recommendation for the first national seal, which features at the center the crossing of Israel through the Red Sea, found in Exodus 14.

Franklin and the other founding patriots were fortified in their resolve by the story of the Exodus and Israel’s delivery from their Egyptian oppressors. “Rebellion to Tyrants is Obedience to God” encircled the image of Moses and the children of Israel walking through the Red Sea unharmed. The founders took this important message from the Torah: God hates tyrants and oppressive government.

In 1778, speaking to the General Assembly of the State of Virginia, James Madison stated clearly and unashamedly, “We have staked the whole future of American civilization, not upon the power of government, far from it. We’ve staked the future of all our political institutions upon our capacity … to sustain ourselves according to the Ten Commandments of God.”

And of course, we must ask, where do we find the 10 Commandments? That would be Exodus 20:2–17 and Deuteronomy 5:6–21, the second and fifth books found in the Bible, and both part of the Torah.

And while the following citation comes from the Nevi’im, or the prophets, rather than the Torah, it is important to remember that our division of government into three branches—judicial, legislative, and executive—was inspired by James Madison’s application of Isaiah 33:22:

And while God can be trusted to perform all three roles in the affairs of man, the founders were painfully aware this was not the case for humans. This is where another citation from the Nevi’im bears remembering, especially in these days of increasing confusion about who we are as a nation:

The heart is more deceitful than all else and is desperately sick; Who can understand it? (Jeremiah 17:9)

As I consider the assault on the origins of this country and the influence of Torah and the rest of Scripture on their thinking, I am reminded of another statement from Jefferson:

“Indeed, I tremble for my country when I reflect that God is just: that his justice cannot sleep forever.”

ADL Selling Out the Jewish People 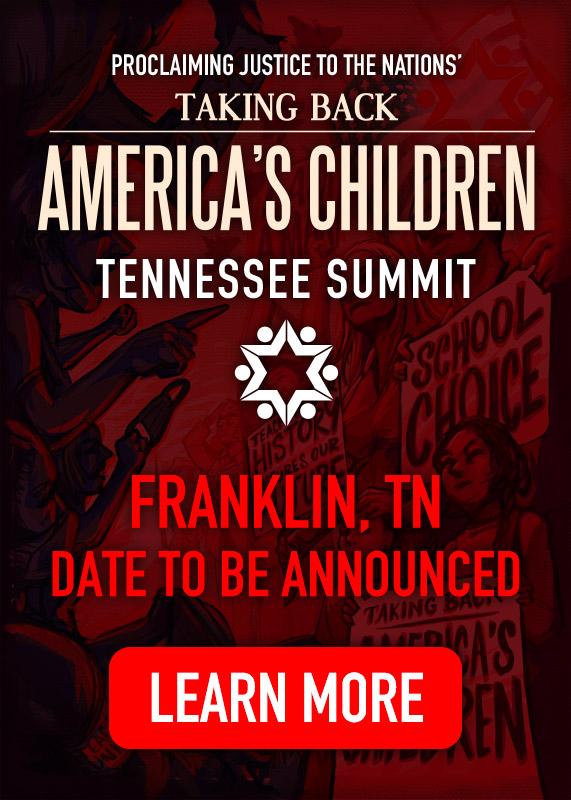 At PJTN, our members are the strengthening foundation and empowering, sustaining force of all that we do — that's why we need your help!
SUPPORT PJTN
©2022 Proclaiming Justice to The Nations. All Rights Reserved. Site by Vanus Creations.
Back To Top